Questions or discussions about the Titan and classic consoles and software.

Hi everyone,
I have a problem I just can't figure out and wanted to try something before shipping the console away.
I have a Pearl Expert with Touch wing running v8.0, but the Touch wing doesn't react and shows only straight lines on the display as you can see: 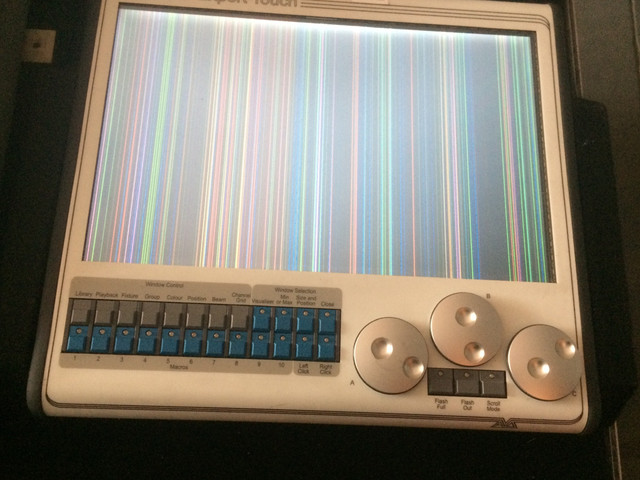 I tried to switch Touch wing with the other Pearl Expert I have, and the Touch wing works just fine with the other Expert.
At the same time, the other Touch wing gives me the same problem when linked to this Expert.
So hoping it's a software problem, I'm trying to reinstall v8.0:
I've downloaded the software, put it on the usb stick, turned the console but no result.
So I've seen on the manual that I have to enter the BIOS by pressing Delete while turning on the console.
I did it but the result is that when this page appears: 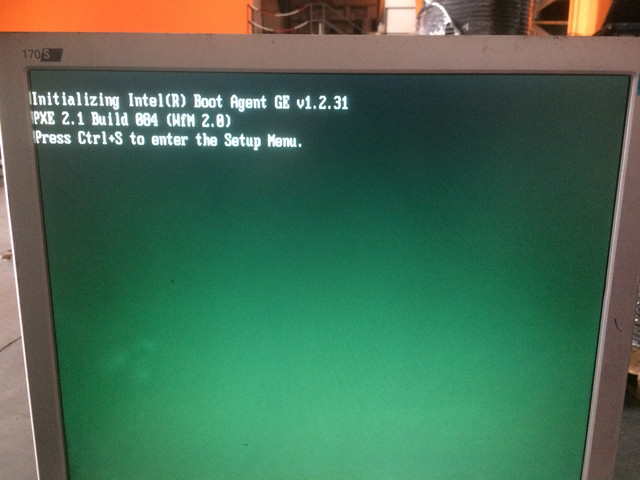 The keyboard stops responding, whatever I press, nothing happens. (But a moment earlier, it did work because I pressed "Delete" to get to that page)
So I turn off the console, turn on again and when this page appears, again... keyboard won't work, whatever I press, either an arrow or enter, doesn't make difference 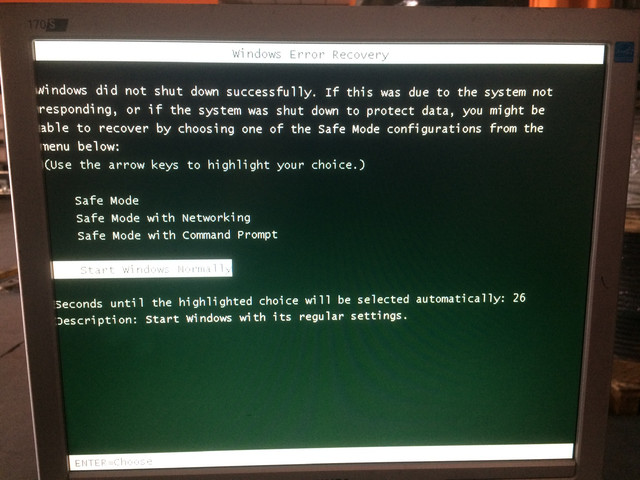 So I wait for the countdown to end, the console turns on and the keyboard works again.

Has anyone ever experienced this? Any advice?
Thanks
Danilo
Top

Un update: the wing is not unresponsive, buttons do work, display won't
Top

It is possible that the BIOS has lost its settings which could prevent the Expert Touch screen from working correctly. This might be down to a flat motherboard battery but can also happen intermittently if the BIOS is not up-to-date (see ECN-0204). I'm not sure why you are having trouble entering the BIOS Setup, it should be by pressing Delete on the keyboard (not the main panel) on the screen prior to your second screenshot. You could try plugging in an external keyboard directly into the back of the console in case there is a problem with the internal one. Perhaps if you could post a screenshot of the first screen it might help to determine which motherboard and BIOS version you are currently on (although the full information for this is only in the BIOS Setup).
Top

This is the first screen that appears: When this is on, I keep Delete pressed to enter the page I showed before where it says "press Ctrl + S"
I've tried with an external keyboard but same story:
It lets me press Delete in this page but won't respond anymore when in the page of "press Ctrl + S"
Top

The Delete key on the keyboard would need to be pressed while the first screen is showing, if it is reaching the second page (Ctrl+S) then it has not detected the Delete key being pressed. If there is a problem detecting USB devices, for example these can be disabled in the BIOS, you could try using a PS/2 keyboard if you can find one. From your new screenshot it appears that you do not have the latest BIOS installed, please follow the steps in ECN-0204 to create a bootable stick to update your BIOS, have this plugged into your console as it starts up and hopefully it will choose to boot into that stick (this will depend on the BIOS settings which we cannot be sure of at this point).
Top
Post Reply
5 posts • Page 1 of 1

Users browsing this forum: No registered users and 19 guests